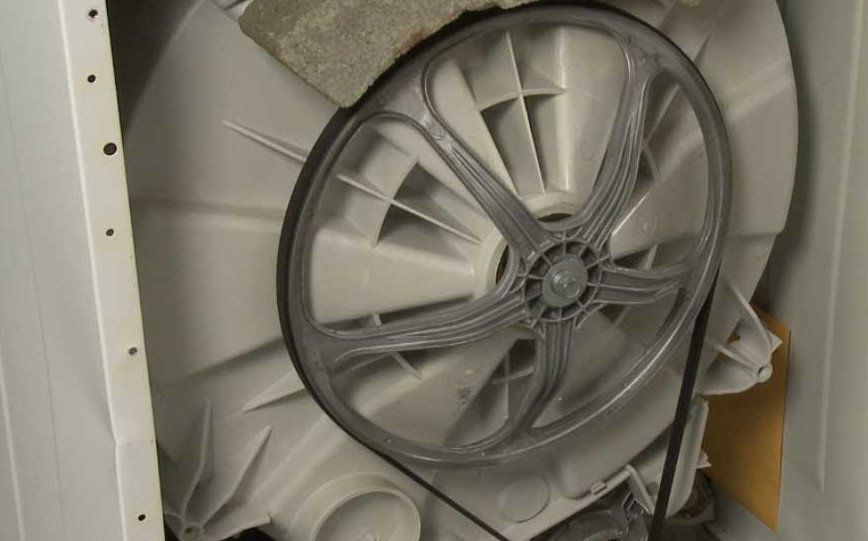 Perhaps the single most important component in a home washing machine is the drive belt. This belt is responsible for physically moving the tub. But when a belt becomes excessively worn – or even broken – it may no longer be able to play this vital role. Here you will learn more about what causes belts to go bad, and how to correctly identify the problem.

Washing machine belt is manufactured to be especially durable and long lasting. Yet problems tend to ensue when the drum is physically unable to turn. This scenario is often caused by a sock or other small article of clothing that has become wedged in between the drum and its housing, thus preventing the drum from spinning. Similarly, if the machine has been overloaded, the drum may not be able to spin correctly.

In either of these scenarios, the belt and its motor will continue to run, attempting to move the stuck drum. Because the drum won’t budge, the belt soon begins slipping on its pulleys. This generates a considerable amount of friction–often enough to cause the rubber belt to begin melting and/or burning. Even if the belt manages to remain in one piece, it will no longer work properly if it becomes too stretched out.

The first sign that your belt may have been damaged is the smell of burning rubber. This indicates that the belt has suffered as the result of a stuck tub. To perform a visual inspection of your belt, you will first need to tilt the washing machine backwards. Use a couple of bricks or small paint cans to prop up the front edge of the washer. This will allow you to easily see the belt, as well as its motor assembly.

If your belt displays any signs of fraying, cracking, or burning, plan to replace it at once. If you would like professional assistance with this task, please do not hesitate to contact us.

Ice Formation On an Cir Conditioner

Tips For Your Refrigerator To Last Longer

How to Prevent Your Dryer From Fire Hazard