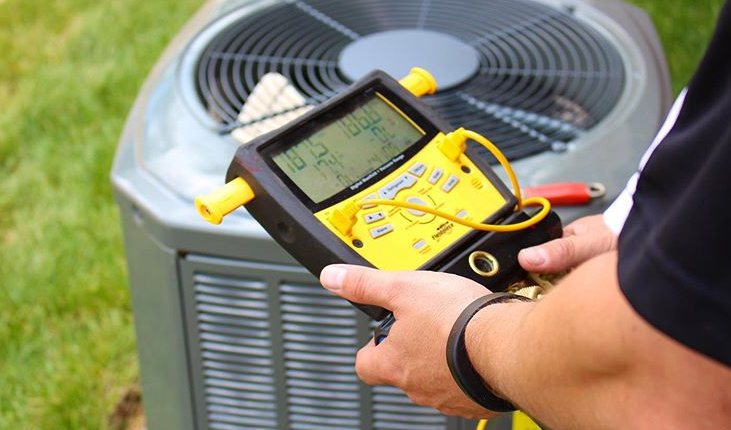 Today, we’re going to run through the different types of air conditioning that you can equip in your abode, break down the benefits of each, and provide some insight as to how each will affect your wallet.

Remember, Hill Country Repairs is here to help you with all of your HVAC needs! We pride ourselves on the fact that we offer the best and most complete heating and air services in the Austin area. So whether you need an AC installing, repairing, or you’re just looking for some advice on how to cool down this summer, we’re here to help! With that said, let’s get started!

Central Air is the way to go when you live in a large house or apartment. Essentially, the system works by utilizing an outdoor central unit (as the name implies) that creates and then circulates it through the entire house.

In order to circulate the air throughout a building, central air conditioning requires a duct system that does two things. First, it sends the cold air produced by the unit to every room connected to the system. Then, once the cold air that has been distributed throughout the rooms warms up, it circulates back into the duct system to return to the air conditioning unit where it is cooled down once again.

Central air is great because after it’s installed into a building, it’s relatively low maintenance, requiring the owner to simply set the thermostat, and then enjoy their crisp, cool environment. However, for homes and buildings that were not initially built with central air in the design, it’s important to note that installing central air is not a DIY project! However, that doesn’t mean it’s not an option!

To install central air in a home that has a duct system in place for the building’s heating, you can integrate it into the forced heating’s duct system. For a house that has no duct system, it’s still possible, it’s just  more of an intensive project.

Fortunately, this is what our HVAC experts specialize in at Legacy Heating and Air Conditioning Services! If you’re interested in installing, repairing, or replacing your central air conditioning system, contact us today! While central air is the most expensive option in terms of air conditioning, you’ll be happy you had it installed. After all, it’ll keep your home luxuriously cool while also increasing its value!

These units are similar to central air conditioning, however they do not require a duct system to cool rooms. Where central air has a duct system, mini-split units allow you to place up to four indoor units that are connected to the outdoor unit.

Each indoor unit can operate separately, which means that you can control the climate via a thermostat in each room, keeping your preferred climate.

These are great for people who want the perks of central air conditioning, but don’t want to or have the capabilities to install a duct system throughout their home. Another great benefit of these systems is that you can deliberately choose which rooms will receive air conditioning, saving you money by not cooling down unused areas.

While these units are not as expensive as central air conditioning, they are still on the higher end when it comes to air conditioning price options. That being said, they’re still a great long-term and low maintenance option!

Window AC units are a great alternative for those who either can’t install a permanent AC system in their place of stay, like renters, or just people who are trying to save money! These units cool the room out of the front of the unit, cycling the air in the room and expelling hot air out of the window it’s placed in.

While they don’t have the power to cool an entire home, they’re great for cooling single rooms. You can also get individual units for each room that you want to cool down, so there is a lot of room to customize and experiment with AC placement/operation to maximize the cooling effects of your window AC.

Additionally, these units are probably the most cost-efficient cooling option, which are great  if you’re on a budget! There is a huge market for window air conditioning units, so you can shop around to find one that meets your budget, is powerful enough for the areas you want to cool, and ultimately keeps you comfortable all summer long!

These units are technically safer than window air conditioning units in the sense that they don’t pose a risk of falling out of your window if they’re not properly installed. Additionally, portable air AC units are often capable of more cooling power than a window unit, but that means that at their baseline, they’re still considerably more expensive than window units.

Although, it might be worth the extra cash if you hate wrestling bulky window units into the window each summer, and out of the window each fall! (They also have wheels on the bottom, which makes them super convenient to maneuver).

Now, this blog was just a quick overview of the different, but common, air conditioning systems that you can easily access and implement into your home. While we didn’t cover every single type of air conditioning system on the market, the ones we left out are more commonly used in larger buildings than the average home.

We hope that this article was helpful, and if you’re looking for a way to stay cool during a hot Austin summer call the HVAC experts at Hill Country Repairs so we can set you up with an amazing air conditioning system that’s built to last, easy to maintain, and energy efficient!

When You Are In Need Of Washing Machine Repair